Santa Barbara, Honduras, is the home of the Fourth Coffee Festival – Oro de Santa Barbara, where 25 international judges from 11 countries – Germany, Canada, Japan, China, the Netherlands, Russia, Korea, Singapore, the United States and Bulgaria, along with the judges Sherry Jones and Ez On will taste the best coffee produced in the region for 2018. Cuppings and qualifications begin today. On Saturday, the winners will be announced, and on Sunday, the bidding for the best from the selected coffees will take place.
During the festival, the foreign jury will be in direct contact with the producers. The judges are also going to visit farms and do sightseeing in the region so they could explore the beauty of the nature in the region.

The contest aims to support small and medium-sized coffee producers and give them the opportunity to work directly with the international market, as well as to help develop the economy in the region. 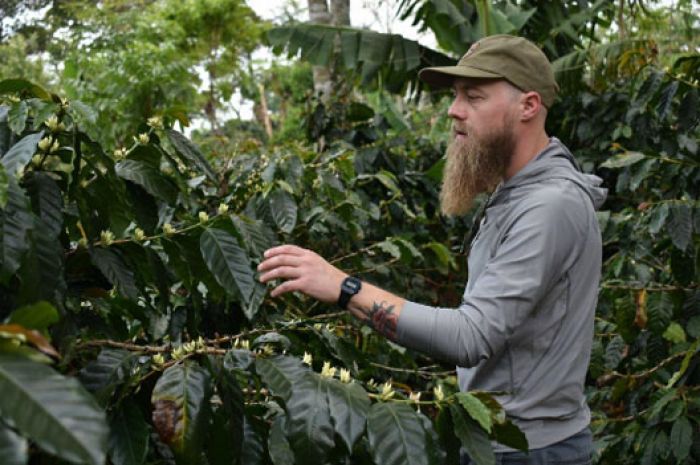 “The idea is that the small and medium producer can sell their coffee without intermediaries, since these remain with the highest percentage and producers end up losing, and it is they who have made a large investment in their farms to produce a successful production,” said José Luis Medina, president of the Chamber of Commerce and Industry of Santa Bárbara, who together with the City Hall, the Government of the Republic and a specialized group of national and international judges are promoting the activity.

Darío Enamorado, a producer from the municipality of San Nicolás, said that in the department of Santa Bárbara there are “very good coffees that have not yet been discovered by the buyer”, so the competition is an initiative that will make it known what they really want.

Coffee is the golden grain in Honduras

Coffee is a leading agricultural product in the country’s exports and has established international prestige thanks to its quality. To date, about 16,000 coffee producers have been registered, which generate 10%, equivalent to a million sacks, of national grain production. Among the highest production areas are Atima, San Nicolás, Colinas and also the Santa Bárbara mountain.

During the harvest period, the coffee sector generates one million direct and indirect jobs.
For the Honduran economy, coffee represents the second generator of foreign currency, after family remittances.

Honduras in the fifth world exporter of coffee in 2016/17, according to the World Coffee Organization; It is also the third producer in Latin America and the first in Central America.

Please wait while you are redirected to the right page...